Blog
You are here: Home / Blog / Local Real Estate News / Osama is dead, and 41 Things to Help You Choose Your Vote 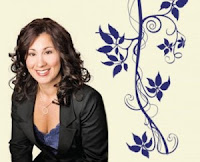 News that Osama bin Laden is dead brings Americans one major step closer to bringing democracy to the Middle East and, today, Canadians head to the polls to exercise our democratic right to vote.

There are many political implications to this news but in terms of business, it looks like Osama’s death may be helping to revive the American economy:

“President Barack Obama’s announcement that the man who inspired the deadly Sept. 11, 2001, terror attacks in the United States had been killed in an operation by special forces in Pakistan, prompted an increase in investors’ appetite for risk. That usually benefits assets like stocks but dents widely-considered financial safe havens, such as gold.”  http://www.cbc.ca/news/business/story/2011/05/02/business-markets-binladen.html

The Canadian Dollar is firm at $105.22 US, but that may be subject to a quick change.


For the Federal Canadian Election happening today, here are 41 Things About the Election to help you place your vote. Get out and vote!

DBoutique In Vaughan Has The Best Fashions For Spring!
Having Fun In The Community
Joseph Ribkoff SAMPLE SALE
0 replies

Want to join the discussion?
Feel free to contribute!

Like us on Facebook to keep up to date on the latest Real Estate News in Vaughan.

"Lisa is very knowledgeable in real estate, she knows market values and is a straight shooter. She was a pleasure to work with. I would and have recommended her to friends."

Condo for Rent at Lighthouse Point in Collingwood!! Canada’s Best Guide to Buying and Selling Your Home: MoneySense
Scroll to top gtag('config', 'AW-1002284021');